Small business people dealing with big business people always have the same fear–what if they just stiff me.  You know going in that there are some big businesses that simply factor into their financials that the businesses will get away with stiffing a percentage of their contractors with claims of unsatisfactory work daring the small business to sue.  Claims that may be trumped up, so to speak.

Some–not all surely, but some–Silicon Valley companies have taken this “pay them when they sue” mentality to it’s logical conclusion under the guise of the faux “DMCA license” based on sheer bargaining power.  At least the real estate developer stiffing contractors on trumped up claims did actually hire the contractor with a promise to pay.

The Silicon Valley version of “pay them if they sue” is wrapped in the cant of Valley Boy catechism and the leap of faith to “the machines made me do it” or “disruption” resulting in the gospel of “permissionless innovation”.  That’s the trumped up theory that allows the “disruptor” to just take the contractor’s labor and materials without negotiating a contract or paying a dime and then saying “so sue me” and my $20 billion valuation.

Hi @Snapchat Do you pay ppl for the use of their work? Been off a record label now for 5 years. Is this legal? I should be paid PLS RETWEET pic.twitter.com/9qq9iKltFG

Remember–Snapchat and Facebook, two massive Silicon Valley darlings, have NO licenses and REFUSE to negotiate.  (Google does get licenses for some of its platforms like YouTube but is also busily serving millions of NOIs on the Copyright Office to use songs without paying royalties and also gaslighting the UK music industry with yet another meaningless “voluntary” code of conduct for the billions of takedown notices Google receives for search that Google refuses to fix.)

Kate Nash has put her finger on the key factor in the greatest income transfer of all time–it’s not that the music is free because it is without value, it is free because it is stolen using a trumped up legal theory based on loophole seeking behavior in a legacy statutory construct.  Nobody ever intended for the “safe harbors” to be used to trump up a nonexistent “license held in place by unequal bargaining power.

[An] imbalance I want to talk about is the safe harbour provisions, and similar terms in other countries. They were introduced, with some foresight, by the legislators in the USA framing the DMCA, to provide a notice and take down procedure for unlicensed content. But the legislation has been distorted into a protective wall behind which cyberlockers and torrent sites, and companies such as YouTube and Grooveshark, operate.

The original intent was to protect reasonable people acting reasonably from falling foul of the law, to enable the digital economy to grow without “ gotcha “ law suits against ISP’s who had no idea that their networks were being used for infringement. They were not intended to provide fortress walls behind which companies could build billion dollar businesses on content that had not been cleared. They were never intended to become a de facto “ licence “.

Kate Nash said it best:  “But where’s my paycheck?”

Once again we’ve started a new session of Congress with really old news–the National Association of Broadcasters is yet again circulating the reactionary Local Radio Freedom Act (or the grammatically challenged “LRFA”) that’s been warmed over and served up again from the last Congress. 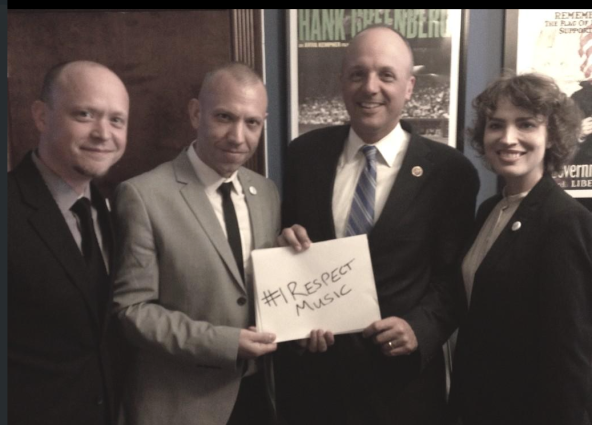 LRFA’s purpose is twofold.  Get unsuspecting Members to support a policy to deny recording artists their fair share for the performance of their recordings on terrestrial radio.  How?   By aligning America with the practice of Iran and North Korea that is out of step with the business of every other major world economy.  And because America denies the world’s recording artists the same treatment that American artists would enjoy overseas, America’s trading partners justifiably refuse Americans reciprocal treatment in foreign countries.  Which is more embarrassing? 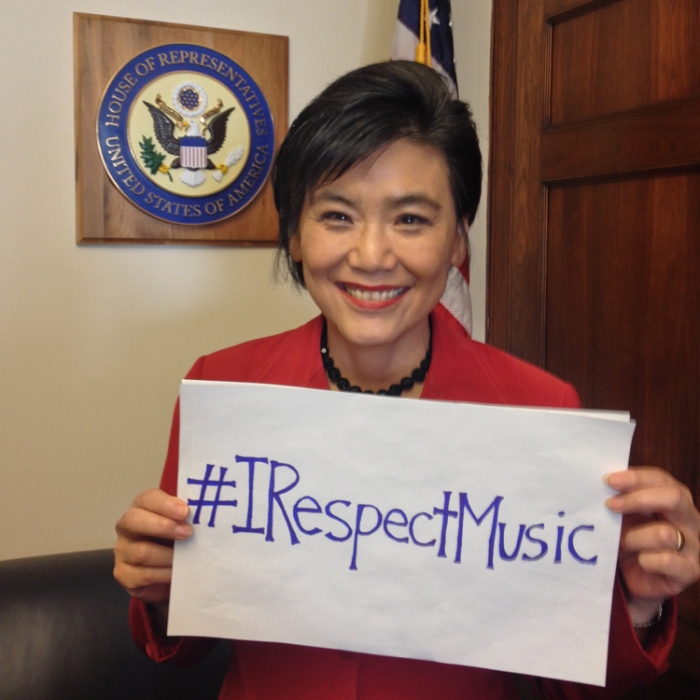 It’s not that American artists don’t earn the foreign performance royalties–it’s that the royalties earned overseas by hardworking Americans are denied to them because Congress is misled by the NAB into thinking that fair compensation is somehow bad policy and the US denies equal treatment to foreign artists.  Why should those countries–who actually care about their creative class–grant reciprocal treatment to Americans?

It goes like this:  When you hear Aretha Franklin sing “R-E-S-P-E-C-T” written by Otis Redding on the radio in your car, that economic transaction results in Otis Redding (the songwriter) getting paid as a songwriter under the government’s 75 year consent decrees (another sad story).  Aretha Franklin, however, gets ZERO.

When that same recording is played in the UK, Otis Redding still gets paid as the songwriter, but the artist does, too.  Except that because Aretha is an American, her money is never paid to her.

This obvious inequity is what motivated over 14,000 musicians and music fans to sign the I Respect Music petition in the last Congress and created the largest grass roots movement in the history of the music business with a positive message.  Because friends don’t let friends get LRFA’d.

It’s one of the few issues left that is truly bipartisan.

When Blake Morgan and the IRM team took the 14,000 signatures on the IRM petition to Congress, they had to carry two huge books of signatures.  And yet, we once again are presented with getting LRFA’d. 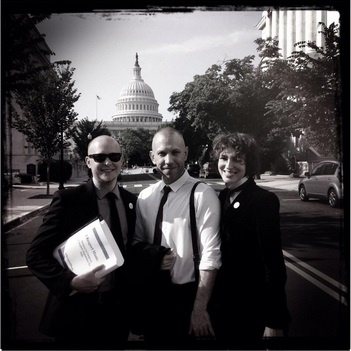 LRFA is the Alinsky-style straw man–demonize your opponent as something you want people to believe your opponent to be (a “tax” for example), then perpetuate that mischaracterization no matter what.  (In the current parlance, something pretty close to gaslighting fake news.)

This LRFA legacy “nonbinding resolution” has become an evergreen in the arsenal of the NAB’s gaslighting efforts to perpetuate exploitation of recording artists for one reason and one reason only–because they can.  The NAB gets a bunch of Members to sign up, don’t tell them the truth about what they signed, and hope that nobody tells them otherwise until it’s too late.  But when Blake teaches the I Respect Music story on college campuses across America, it requires little explanation.

What the NAB’s vast army of lobbyists will do with the LRFA after they largely dupe Members into signing on to it (and dupe Members staffs into allowing their bosses to sign on without doing the real staff work to know how they are being duped) is to perpetuate the greatest inequity in the Copyright Act by convincing members that any performance right legislation is doomed to fail so why support it?

How do we know this?  Because the NAB did the same thing in the last session.  When artists met with Members in their offices to discuss what happened, it turned out that many Members had no idea what the real story was behind LRFA.

It’s important that your Member of Congress understand what the NAB is up to with this gaslighting campaign.  The truth behind this great inequity needs to be told along with the hard economic facts–because of faux legislation like LRFA, America is leaving hundreds of millions in real revenue from foreign countries that could easily be repatriated by American artists. 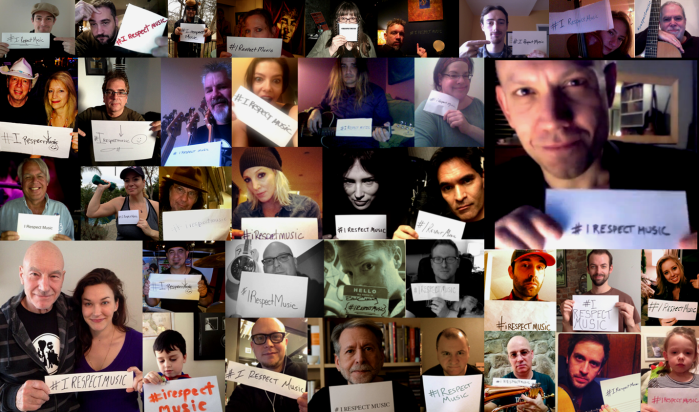 We cannot let another session of Congress pass by without fixing this great inequity.  Don’t let your Member of Congress be fooled again–because friends don’t let friends get LRFA’d.

Call your representatives and sign the I Respect Music petition by clicking here.

Showing excellent judgement by the firm, Covington & Burling announced that Jacqueline Charlesworth is joining their New York office.  I’m glad to see Jacqueline join the firm and they are lucky to have her.  What’s not included in the press release is that she was one of the counsel of record along with the Gerard Fox firm representing Songwriters of North America, Michelle Lewis, Thomas Kelley and Pamela Sheyne against the United States Department of Justice for the DOJ’s absurd overreach on 100% licensing.

Jacqueline C. Charlesworth has joined Covington’s Intellectual Property Rights and Media and Communications practices in the New York office. She most recently served as General Counsel and Associate Register of Copyrights of the U.S. Copyright Office.

While at the Copyright Office, Ms. Charlesworth had primary responsibility for interpretation of the U.S. Copyright Act. As General Counsel she oversaw a wide range of litigation, legislative, regulatory, and policy matters, including the Office’s participation in cases before the U.S. Supreme Court, rulemaking proceedings under the Digital Millennium Copyright Act and other provisions, legal review of Copyright Royalty Board decisions, administration of statutory cable, satellite, and music licenses, and copyright registration and termination issues. She also advised Congress on copyright-related legislation and policy concerns.

“Jacqueline’s experience includes a rare combination of litigation, transactional and policy work in both public service and private practice,” said Simon J. Frankel, co-chair of the firm’s Intellectual Property Rights Practice Group. “At a time of significant technological developments and potential revisions to the Copyright Act, we believe Jacqueline’s deep expertise will enhance our ability to serve a wide range of clients dealing with copyright and related intellectual property issues.”

“I am excited to resume my private practice and was particularly drawn to Covington because of its outstanding legal talent and highly collaborative culture,” said Ms. Charlesworth. “I look forward to drawing on my government and private sector experience to assist a diversity of clients with their copyright needs.”

Ms. Charlesworth received a B.A. from Brown University and a J.D. from Yale Law School. She clerked for Judge Betty Fletcher of the U.S. Court of Appeals for the Ninth Circuit and Judge Miriam Goldman Cedarbaum of the U.S. District Court for the Southern District of New York.