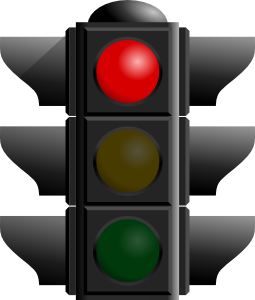 By its own calculation, Spotify dominates the global streaming music market.  According to a 2014 speech by Will Page, Spotify’s director of economics, as reported by Billboard:

….Page noted Spotify has launched in 32 of the 37 countries where streaming is the primary digital source of revenue. Page also pointed out that Spotify is half of the $1.5 billion global subscription streaming market. In the U.S. market, Spotify made up approximately 90 percent of last year’s growth in subscription revenue, according to Page.

While competition from Apple is certainly heating up, Spotify still is the dominant company in the space.  According to the Wall Street Journal, Spotify’s revenues nearly doubled to $2 billion last year and is expected to do well again this year.

Like Pandora and every other IPO-focused music service except for perhaps Tidal, Spotify blames its inability to make a profit on royalty payments rather than on its self-inflicted battle with Apple and spending levels based on a growth strategy.

Spotify also took on a billion dollar convertible loan at what will turn out to be credit card interest rates to fund that grown strategy.   Not to fund royalties, but to fund growth and competition with Apple.

Spotify’s main arguments about why no IPO is summed up in a Wall Street Journal article that misses a few key points, but the lead paragraph is revealing:

As Spotify AB gears up for a potential initial public offering next year, the music-streaming service is missing one key component in its pitch to investors: rights to play the music in years to come, according to people familiar with the matter.

First–as predicted, no Spotify IPO this year or for the foreseeable future.  And also as predicted, the blame for no IPO is not due to mismanagement by Spotify’s executive team, it’s due to The Evil Record Companies.  Due to solid reporting by Hanna Karp at WSJ,  Spotify’s “leak when you’re weak” strategy didn’t really give them what they wanted. 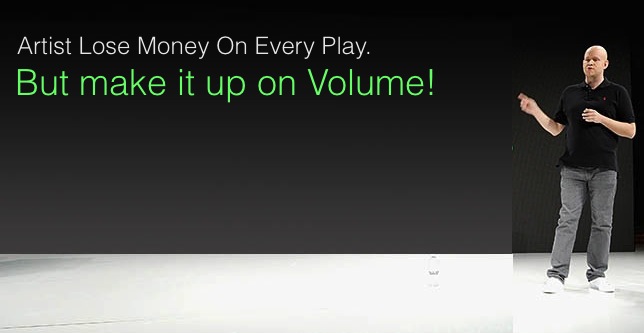 Spotify has a long history of leaks, and in particular leaks that backfired.  This WSJ story is no exception.  The actual story is not one of “scrappy little startup beset by The Evil Record Companies” which is the narrative that Big Tech has been selling since 1999 and is getting a little dog eared.  This is particularly true of Spotify with a valuation greater than any record company’s.  However misguided that valuation, that is the one they have.

Rather, the story is that inexperienced management has tried to play in the tall weeds with the big dogs on Wall Street and are embarrassing themselves from the financial corner they are painted into by the shortcomings of their own business strategy.

Nobody but Spotify got Spotify into the corner they’re in.  And that’s the story that the WSJ is telling.

How did they get there?  Lavish spending, rapid expansion, high executive salaries and a general failure to capitalize on the many markets in which Spotify operates before entering new and uncertain markets is not a good look for a “start up” with a higher market capitalization than that of any one record company they do business with.

And then there’s the songwriters–not mentioned once by the WSJ.  Spotify is outright stealing from songwriters by using unlicensed songs for which they don’t pay royalties.  So where ever Spotify comes up with this “we pay 70% of revenues in royalties” begs the question–if that’s true, then why are there two class action lawsuits brought against Spotify by songwriters for nonpayment?

Why did Spotify have to make a quick settlement with the National Music Publishers Association (former owner of Spotify’s licensing service provider)?  Why are there rumors that many independent publishers rejected that settlement and are planning their own class action?

That part of the story didn’t get included in the WSJ’s reporting, but you know who notices that kind of story?  Bondholders.

And bondholders have a clause in the typical bond that in extreme cases allows them to take over the company in cases of insolvency and a reasonable expectation that the bonds can’t be paid due to the uncured mismanagement of the debtor–an event which, at best, may result in a call for accelerated repayment of the loan or a reset of the bond’s interest rate–higher, and with even more warrant coverage.

While the publicly traded tech sector leaders and the broader indices have recovered somewhat from earlier lows driven by downward pressure on oil prices and the Brexit crash, the U.S. IPO market is still in the doldrums and is likely to stay there for the rest of 2016 and probably at least the first quarter or two of 2017.

In order for a high risk investment like Spotify to get a full commitment underwriting syndicate interested in floating the company’s stock on a public exchange at a valuation that smells like victory in the morning, it’s going to need to do better than it’s doing now or has done in the last few years.  This is the point at which underwriters ask why a company with a $2 billion top line cannot seem to make a profit.  Will those underwriters be willing to accept The Evil Record Company story more than The Incompetent Management story?  Or The Incompetent Management Can’t Manage Their Vendors story?

Absent the “greater fool” frothiness in the markets which I don’t see coming back from 1999 any time soon, a lack of “irrational exuberance” may means goodbye IPO for Spotify and hello Chapter 11.

And Then There’s the Debt

Said another way, the earliest that Spotify could IPO in the U.S. is likely to be more than one year from March 29, 2016, the date that Spotify announced its $1 billion convertible note with Texas Pacific Group, hedge fund Dragoneer and Goldman Sachs clients.

If Spotify holds a public offering in the next year [that is, before March 29, 2016], TPG and Dragoneer will be able to convert the debt into equity at a 20% discount to the share price of the public offering, according to two people briefed on the deal. After a year, that discount increases by 2.5 percentage points every six months, the people said.

Spotify also agreed to pay annual interest on the debt that starts at 5% and increases by 1 percentage point every six months until the company goes public, or until it hits 10%, the people said. This interest—also called a “coupon” and in this case paid in the form of additional debt, rather than cash—is commonly used in private-equity deals but rarely seen in venture funding.

So the equity warrants start to decrease 18 months out, i.e., starting around September 2017, but the interest rate will increase from 5% to 6% around the end of September 2016–next month, that is.

Running Spotify will get very much more expensive in about 30 days from today.  That has nothing to do with royalty payments or licenses.

Do you think that Spotify executives will be asked to take salary cuts?  Cancel magazine subscriptions?  Fly coach? Move from Manhattan to Syracuse?  No more Uber black cars?

And will that make the bondholders happy?

When it is convertible debt, apparently.  Companies often use debt to avoid closing a round of financing at a valuation that is lower than the last round of financing.  Why?  Because there are usually antidilution penalties that are triggered to protect the “pre-money” shareholders from being diluted by the subsequent down round that they may or may not invest in, too.

Even so, Spotify’s debt may have already diluted the pre-debt valuation of the company. Again, according to the Wall Street Journal:

While Spotify’s valuation doesn’t technically change with the debt round, one of its mutual-fund investors has marked down its stake. Fidelity Investments held its Spotify shares at [absurdly high stock price of] $1,643 a share in January, down 27% from last August, according to regulatory filings. [That’s a markdown from an implied share price of an even more exuberant share price of $2,250.] Another mutual fund, Vanguard International Growth, paid $2,229 a share for a stake in Spotify and still held it at that price as of December.  [Attention Vanguard shareholders!]

The Deal is Bad and They Are Untrustworthy

If the songwriter experience with Spotify is any guide, you can’t trust these people to run what is essentially a glorified record club unless they are under the watchful eye of a magistrate judge.

On top of that, they routinely seem to leak terms in an effort to get themselves a better deal with the people who actually own the rights they need to license.

If people want to do exclusives with Apple, they’re going to do them even if the dominant multinational in the space–that means Spotify–doesn’t like Apple getting those deals.  Maybe if Spotify got caught up on all their songwriter payments they’d be more worthy of sympathy.  In fact, maybe the songwriters (who are often the artists, too) might even take their side occasionally.

These deals should have been closed long ago, and that’s a reflection on poor management at Spotify that can manage to borrow $1 billion, but can’t close a box when it comes to licensing their one product.

Show Me the Proof

There are two great canards at Spotify (and all subscription services that offer a free tier, to be fair):  Exclusives hurt their business and if consumers get something for free long enough, they’ll want to pay for it instead.

There is no public consumer research that I’m aware of that supports either of these conclusions.

I’d love to hear about that research, I’m all ears.  Maybe its just another excuse for not being able to turn a profit on $2 billion of top line revenue.

As I’ve written before on Spotify IPO Watch, a combination of factors have gotten Spotify where it is now.  Market conditions, bad management, arrogance, stiffing songwriters and getting too big, too fast.

Until all those things change to one degree or another, it’s likely that the Spotify IPO myth will remain just that.

The MusicTechPolicy podcast is back! Next week we will kick things off with a discussion of the Department of Justice [sic] ruling on 100% licensing and partial withdrawals. Participants will be David Lowery, Steve Winogradsky of Winogradsky/Sobel and author of Music Publishing: The Complete Guide and me. Watch this space for links to the podcast when […]

via Stephen Carlisle: You Can’t Make This Stuff Up! The Department of Justice v. ASCAP — Artist Rights Watch