Music Business Worldwide reports that the Spotify corporate biography book is now being shopped as a TV series:

The book is currently in development for a limited series which “will examine how a secretive start-up wooed record companies, shook the music industry to its core, and conquered Wall Street,” according to a press release.

Let’s see how the conquered are reacting today: 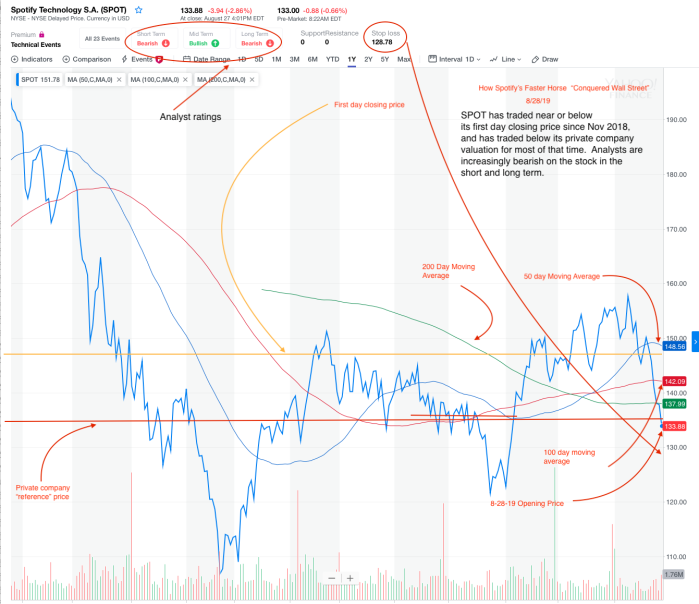 Note that Spotify has once again conquered its 200, 100 and 50 day moving averages to the downside.  Roughly speaking, in the last 12 months of trading the SPOT stock has traded near or below its benchmark closing price on the first day of trading. about 70% of the time.  It has also traded below its private company valuation (the “reference price” in the case of a direct public offering like Spotify) about 30% of those trading days including yesterday.  If that continues, SPOT investors would have been better off staying private–except for the insiders who cashed out, of course.

And it’s still loss making and just got served with an existential copyright infringement lawsuit that may eliminate the Music Modernization Act safe harbor altogether.  Just another day in Stockholm.

All hail the conquering hero.